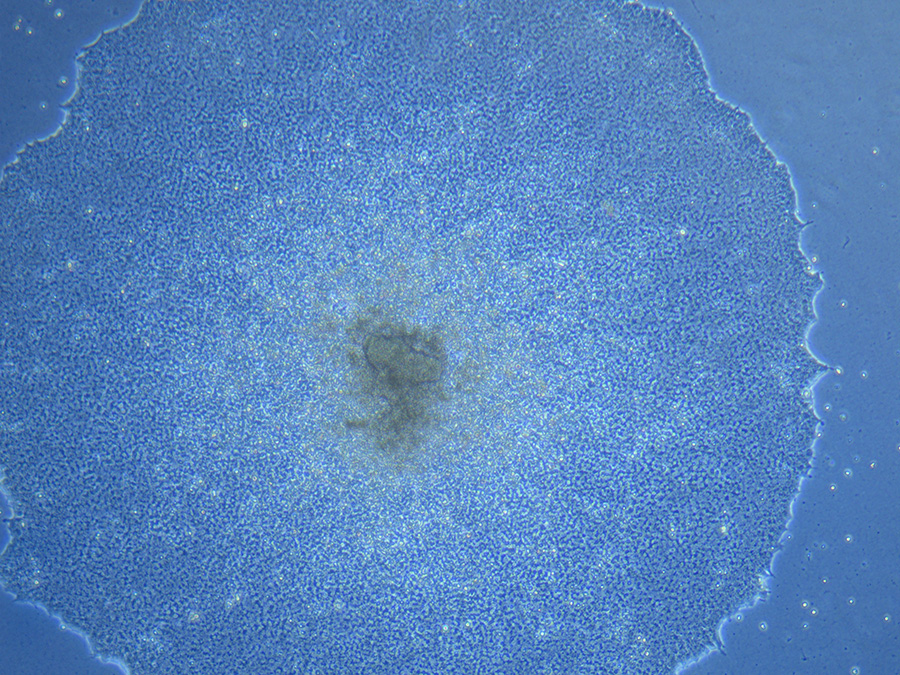 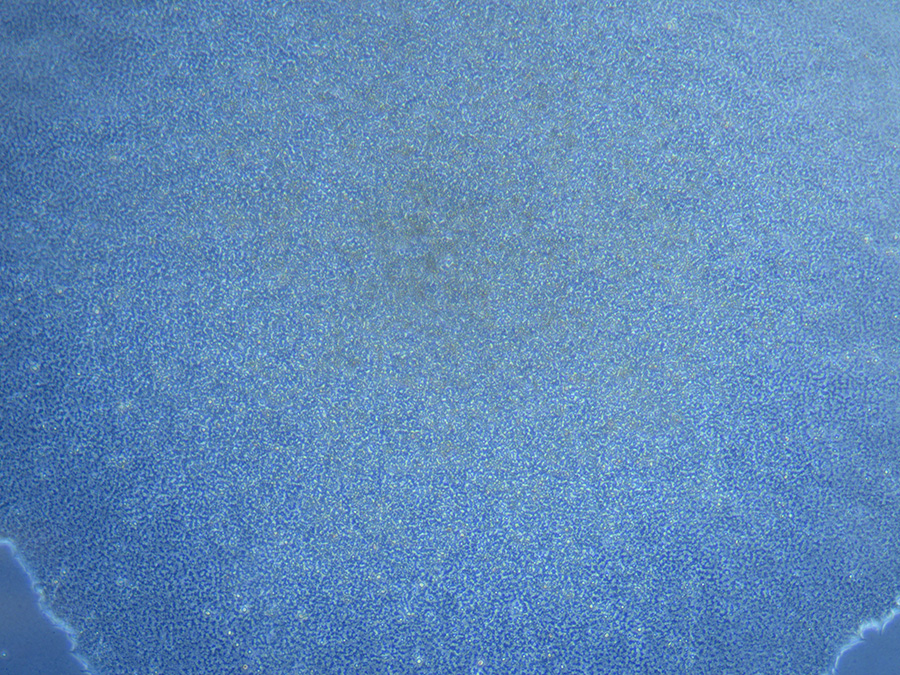 As you can see the colonies in my plates are smaller as they are a day behind in growth. While there are some good sections of iPSCs, not all of my colonies are as perfect as Ash’s. At least I do know what I am aiming for in the long term. 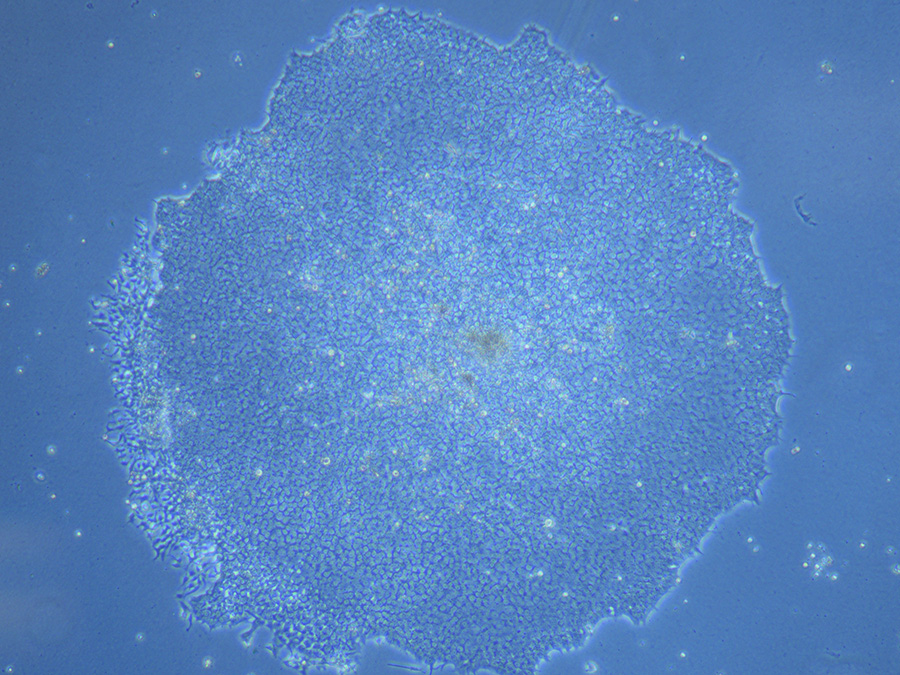 From now on we will feed (i.e change the media for the cells on a daily basis) and passage the cells once a week. Our basic weekly roster is as follows:

I will need to passage the cells at least 10 – 15 times to ensure the that the initial virus used for reprogramming is no longer present.